Official banquet in honour of His Holiness Aram

Home > News  > Official banquet in honour of His Holiness Aram 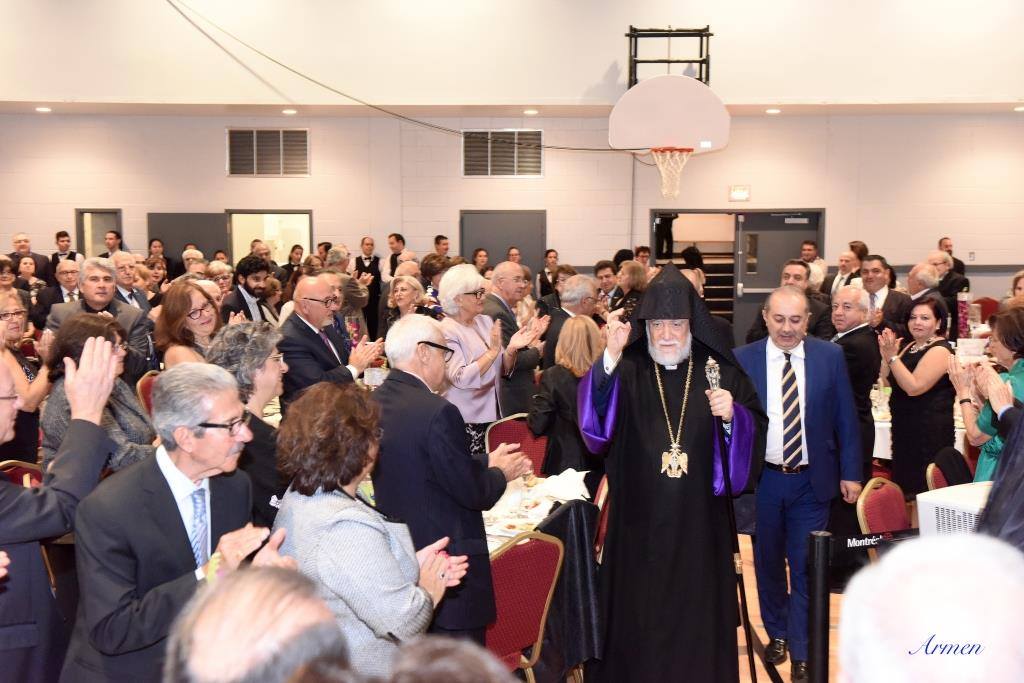 15 Oct Official banquet in honour of His Holiness Aram

Montreal, October 7th, 2016_ An official banquet was organized in honour of His Holiness Aram I, dedicated to the 20th anniversary of His enthronement as Catholicos of the Great House of Cicilia. The event took place at the Armenian Community Centre: Hometmen’s Gamk Haig Markarian’s arena.

Mr. Mher Karakachian, the master of ceremonies, presented the Pontiff’s more than two decades of his visionary leadership as the Catholicos of the Great House of Cilicia.

In honour of the Pontiff, Mr. Hagop Der Khatchadourian took the podium and spoke of his lifetime achievements. Prior to the speech Mrs. Hasmig Gasparyan dedicated a special hymn to His Holiness.

His Excellency Ambassador Armen Yeganian congratulated His Holiness on this special occasion and welcomed Him to Canada and for the wonderful opportunity to meet Him again.

His Grace Bishop Abgar Hovakimian took the podium and with his graceful message said, “May this Spirit give us the courage we need to share our faith with others, and congratulated His Holiness on the 20th anniversary of His enthronement to the Great House of Cilicia.”

Archbishop Papken Tcharian, Prelate of Canada, took the podium and said “Our people will look at You, Your Holiness, with immense joy and pride. All of us are aware that You are the chief shepherd of the Armenian Church and the watchful guard and the brave leader of the Armenian Nation.”

His Holiness closed the evening with his blessings and words of encouragement to the faithful. The evening came to a close with the Hymn of Cilicia.


no images were found