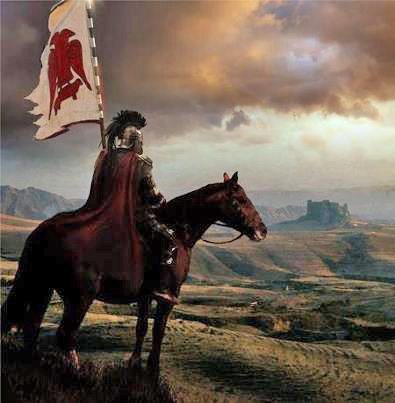 Today, Thursday, February 7, the Armenian Church celebrates the Feast of Vartanantz, commemorating the war between pagan Persia and Christian Armenia in 451.

The king of Persia ordered all Christians under his rule to abandon Christianity and embrace Zoroastrianism. The Armenian clergy and ruling princes refused to follow this dictum.

As recorded by the historian Yeghishe, the Christian soldiers took an oath to fight the enemies of truth: “We are ready for persecution and death and every affliction and torture for the sake of the holy churches which our forefathers entrusted to us by the power of the coming of our Lord Jesus Christ, whereby we were reborn ourselves by torments and blood. For we recognize the Holy Gospel as our Father, and the apostolic universal church as our Mother. Let no evil partition come between us to separate us from her.”

Vartan Mamigonian was the leader of the Armenians in the decisive battle of Avarayr, and although outnumbered, the Armenians put up a valiant defense. Vartan and many of his soldiers were killed, but the Persians suffered greater casualties and with this battle the Persians recognized the strong commitment the Armenians had for their Christian faith.

On the eve of the battle of Avarayr, Vartan spoke to his men, assuring them that righteousness was on their side and encouraged them to be brave and fearless:

“I entreat you, therefore, my brave companions, especially because many of you surpass me in valor and precede me in princely rank. But since you, of your own free will, have selected me as your leader and commander, let my words be pleasant and agreeable to you all, great and small: Fear not the heathen hordes and never turn your backs to the frightful sword of mortal men; because should our Lord grant us victory, we shall destroy their might and the cause of righteousness shall be exalted. But if the time has come for us to meet a holy death in this battle, let us accept our fate with joyful heart, without mingling cowardice with our valor and courage. … Our Commander is not a mere man, but the Commander-in-chief of all martyrs. Fear is a sign of doubt; but as we have repudiated doubt long since, let fear also disappear from our hearts and minds.”

The struggle continued for more than thirty years. In 484 Vahan Mamigonian, nephew of Vartan, successfully negotiated the Treaty of Nvarsag, the first document in history granting religious freedom and home rule, preceding the Magna Charta by nearly 750 years.