On January 6, 2020, a plaque unveiling ceremony took place at the Cambridge Memorial Hospital’s Medicine Unit, where a patient room in the newly constructed wing was donated by the Armenian Prelacy of Canada.

The donation of $50,000 was made possible through the Armenian Prelacy Annual Golf Tournament in Cambridge. Proceeds from the event were donated to the Hospital during the golf tournaments from 2009 to 2017. The Golf Tournament committee members were Mr. & Mrs. Simon and Silva Poladian, Mr. & Mrs. Mike and Connie Titizian, and Mr. & Mrs. Greg and Manoush Buzbuzian. 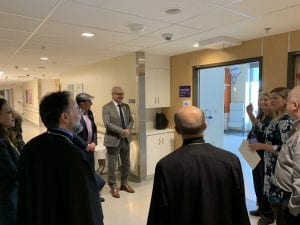 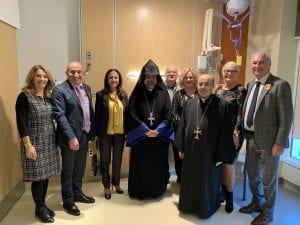