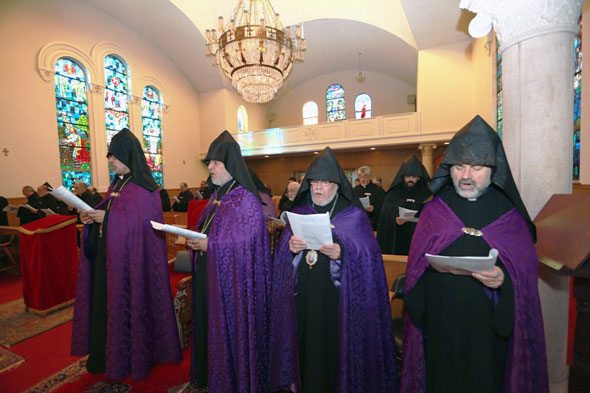 His Eminence, Archbishop Khajag Hagopian was in California for the annual clergy gathering and conference on the occasion of the Feast of St. Ghevont and the Priests that began Monday evening and concluded the evening of Wednesday, January 31, 2013.

The Feast of Ghevontiantz is celebrated each year preceding the Vartanantz Feast. The collective name is in honor of brave clergymen who preached and fought against tyranny before, during and after the war of Vartanantz. It is named in honor of Ghevond Yerets (Leondius the Cleric), who was in the front lines with Vartan at Avarayr. The Feast has now become a time of renewal, reflection, and fellowship for the clergy, as well as a time to remember and honor the clerics who served and passed on. 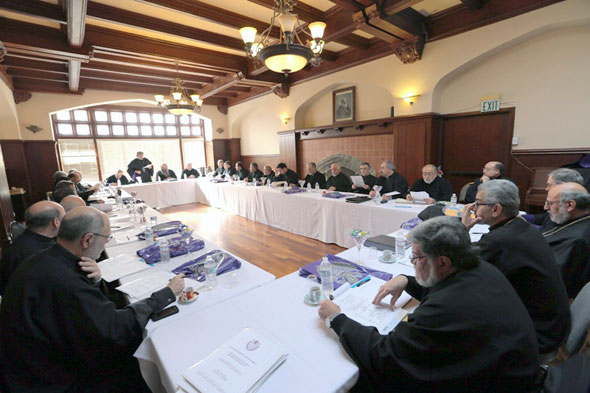